The Pathfinder Chorus, of Fremont, NE, returned home from the Barbershop Harmony Society International Competition in Toronto as the tenth best chorus worldwide in the barbershop harmony federation. The Chorus Finals, held Friday, July 5th, in Toronto, Canada, consisted of the 29 Chorus finalists from ~ 840 groups around the globe, coming from as far away as Australia and the United Kingdom.

This year marks the fourth consecutive International Competition for the Pathfinders, and they have the additional distinction of being the most consistently improving chorus in the Society, moving up each year since their international debut at 20th in 2010. The chorus has existed continually since 1972, and their 100+ members come from a 20,000 square mile area each Monday evening, 7-10 pm, to rehearse at the First Presbyterian Church at West Linden & Nye Avenue in Fremont, NE. Men of all ages who like to sing are invited to visit and experience firsthand this fast-growing, Top Ten world-ranked chorus.

Their next performances are at the Cuming County Fair on August 11, and at the Rose Theatre in Omaha for the River City Organ Society on August 18. To obtain recordings or tickets for upcoming performances, please visit the chapter web site www.pathfinderchorus.org. For more information on becoming a member, call Michael Petry, Membership VP, 402-598-5816.
Posted by John Fisher at 10:08 PM No comments:

Argo wins Academy Award, but in some ways is disappointing 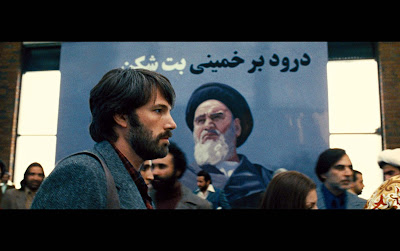 The movie Argo revealed some facts about the Canadian rescue of six Americans from Tehran in 1980 that I didn't know. I knew that Canadian Ambassador Ken Taylor and his wife risked their lives to hide the Americans. I thought that they also got them out of Iran. However, it was a single CIA agent Tony Mendez who brought them home. This was not revealed at the time of their rescue.

Argo is the story of their rescue. Directed by Ben Affleck who also acts as Mendez the movie is sometimes gripping and tense. The movie is well-written and well-acted. The movie portrays the rescue as a miracle. The six Americans and their rescuers just got out in the nick of time.  Thirty seconds later they would have been caught.

While coincidences happen in real life, too many coincidences make the story unbelievable.  Yet, the movie is supposed to be about real life. Real people in a real situation.

However, too many coincidences occurred as the rescue story is told. While I believe in answers to prayers, I don't believe in coincidence. Nor luck. The string of coincidences in this movie make the story unbelievable.

I also object to the crudity and foul-language in the movie.  In my years of teaching I have met only two really crude people - and both were performers. The story shows Americans who are irreligious and often crude. It also shows weak and sulking hostages. The Americans in hiding are no different. Where is the spiritual strength and courage I identify as an American trait? In my mind, these people are not real.

I can only imagine that among the Americans held hostage in Iran were many religious and courageous people.  But this is not a story that Hollywood wants to tell. Instead the characters are foul-mouthed and crude. This is the stereotypical Hollywood character.  And this is what Hollywood thinks sells pictures.

I would have liked to have seen a spiritual aspect of the story, if one existed. If Americans and its government officials are as secular and irreligious as portrayed in the movie, all I can say is "poor America."
Posted by John Fisher at 10:48 PM No comments:

I've read Life of Pi so I persuaded my wife to go see the movie with me. I wasn't disappointed. And she enjoyed it. It is one of those movies that went quickly to the cheap theaters but it will come back if it gets an Academy Award Nomination.

The movie story was close to the book although it left out one major part where the tiger saves Pi from the cook. That was a good part to leave out. If it was shown the way it was described in the book, it would have definitely made the movie R rated.

I won't tell you much more. You need to enjoy discovering the story again through the movie. Most of the actors were unknown to me. However, I enjoyed seeing Gerard Depardieu who played a cameo role as the cook.
Posted by John Fisher at 9:37 PM No comments:

Moonrise Kingdom is another coming to age movie, based in the 1960s. This one brings together Bruce Willis and Bill Murray. Two 12 year old lovers runaway as a hurricane force storm brews. Bruce Willis, the police captain, and Bill Murray, join forces with a Scout troop to look for them. The situation is hilarious and laughter is inevitable. At 12 years old in the 1960s I was not nearly as knowledgeable as the young people in the film were about some things. I'm sure their actions didn't surprise my 13 year old granddaughter, but I blushed and grandma proposed we fast forward the rough spots. Otherwise it was good fun.
Posted by John Fisher at 10:15 AM No comments:

BYUtv's original holiday movie, Silent Night, is receiving a lot of positive reviews from viewers.The film tells the true story of a young priest, Joseph Mohr, who upsets the upper class in his new village by inviting poor, uneducated people to church. Mohr stays true to his convictions, and goes on to write the world's most famous Christmas carol. Beautifully filmed on location in Austria, Silent Night is the perfect new movie for your family this holiday season.
You can watch Silent Night online by clicking here.
Posted by John Fisher at 10:04 AM No comments: 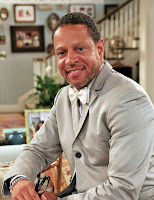 Posted by John Fisher at 9:48 AM No comments: 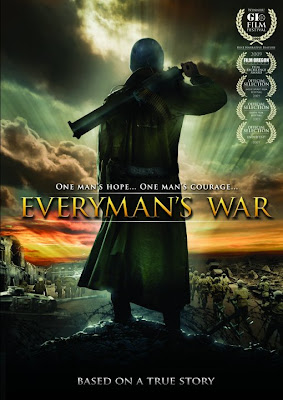 Posted by John Fisher at 2:55 PM No comments: 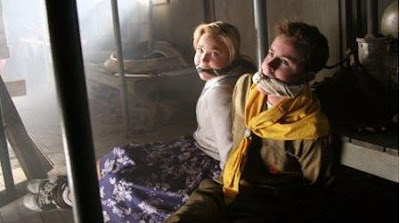 He's also the script writer and acts as the diner cook in Outlaw Trail: The Treasure of Butch Cassidy (2006). Filmed in southern Utah, it has great footage of scenery and is a good family film - one you can let children watch unsupervised.

So what if Leroy Parker (aka Butch Cassidy) didn't die in Bolivia? Where did he die and where did he hide his stash? Those are questions answered in this adventure story that pits kids against adults. When that happens the kids always win and the adults look a little silly.

Posted by John Fisher at 2:12 PM No comments:

This episode of House shows many of the techniques used in search and rescue.